It’s no secret that Covid-19 has had a devastating effect on the music industry. Artists, many of whom make their living from performing, have been shut out of gigs and festivals around the country and world as we deal with this demon of a virus. Fortunately, venues in and around Sydney have been able to re-open under tight restrictions and with limited capacity for musicians to do their thing. Sure, sitting down at rock concerts still feels a little peculiar, but it’s nice to see the nightlife start to bloom again.

A couple of weeks ago, I had the pleasure of catching PLANET at one of their intimate sit-down shows at Mary’s Underground in the CBD, and it was quite the doozy. Stripping back their sound, the four-piece allowed the vocals of frontman Matty Took and guitarist Tom Peppitt a little more room to swoon, which really elevated the tracks as we watched on from our candlelit seats.

It wouldn’t be a PLANET show without some big singalongs to tracks ‘Aching Dream’ and ‘Can’t Connect’, with certain sections of the audience doing their best impressions of Took’s vocals. Let’s just say, I’m glad that the microphone was planted firmly on stage at this time at this point, but still, the energy being shared between the stage and the crowd was palpable.

“Mary’s was a testament to how much people love music here in Sydney. We were forced to change a lot in regard to live music so it was great to see how we could adapt to have a good time,” Took says of the shows. “It was quite different from our usual shows, being two extended shows each night for two nights in a row to 60 people, all seated. This being the case we stripped-back the set. I played acoustic, Tom and Jimmy played chilled out and Harry was on hotrods. Ended up being an incredible couple of nights.”

On Monday the band took to social media to announce a rescheduling of their UK shows, which is a bummer (all originial tix still valid), but it comes with news that they’ve added some extra dates. “This UK tour has been a long time coming and has been rescheduled a few times now – you can guess how much we’re itching to get over there… Let’s hope that by June everything is in recovery, so we can continue doing what we love in the part of the world we love,” Took says.

Check out the dates below head here to score yourself a ticket: 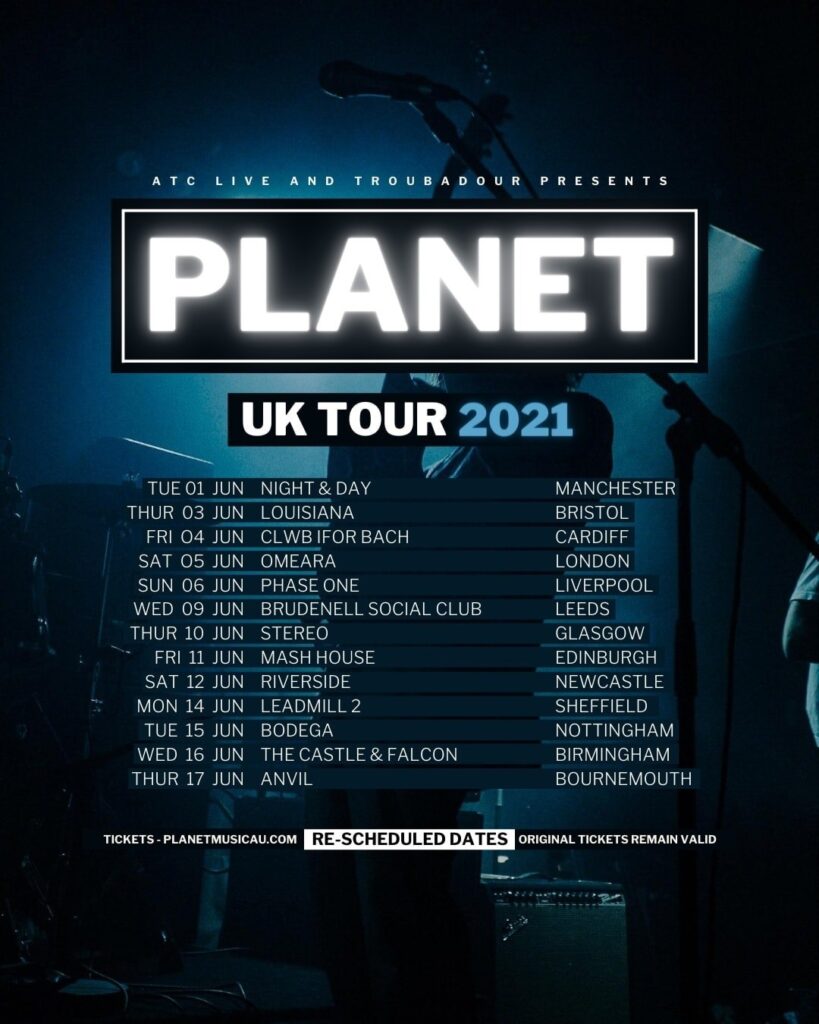