On May 25th, the world was shocked by the murder of George Floyd by Minneapolis police officer Derek Chauvin. The horrific crime was yet another incident of police brutality and violent racism towards African-Americans.

Incidents like this have been well-documented and denounced in the past, but have seldom been acknowledged with meaningful longevity outside of black communities. However, in the wake of George Floyd’s killing, demonstrations and protests have risen across America. Images of activism and solidarity are being broadcast across the world, with hopes of creating change that will begin the process of dismantling America’s pervasive and systemic racism.

Over the weekend Australia took part in its own Black Lives Matter protests, supporting the movement in America while also shedding light indigenous deaths in police custody. Yet, it’s still hard to fully grasp the extent of the situation in America despite images, reports, and candid recounts circulating across all media channels. We thought it would be a good idea to get in touch with New York’s own Reginald Pean, to hear a first-hand perspective of this historic moment in time.

We last interviewed Pean three years ago as a part of our illustrated interview series, and since then he has tumbled further down his artistic rabbit hole to create even more jaw dropping pieces and transposing his work across an eclectic array of mediums along the way. Pean’s signature images of cosmic panthers and devil-horned women straddling lustful grim reapers have been rendered into bold illustrations, lifted from canvas and woven into tapestries, and even immortalised on the skin of a lucky few. 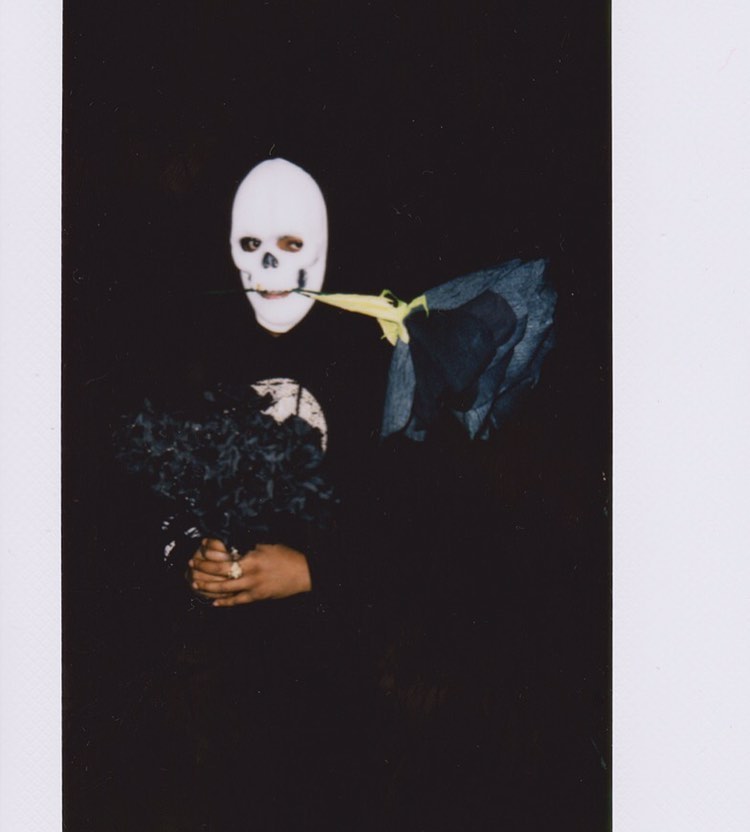 Hey Reggie! Since we last talked (three years ago, which is crazy!), you have expanded and diversified your artistic identity. Can you talk about how you feel your work has evolved?

Hey Andy! Three years flew by!! I feel that I’ve been able to translate my ideas a lot better via paintings and have been experimenting with sculpting, which I believe will evolve my work to the next place I want. I’ve also dipped my feet into AR artwork and animations which has been fun. Hoping to do a lot more of that this year.

What initially interested you in rendering your work in tapestries and how have they played an integral part of art recently?

I’d say ever since seeing my first woven tapestry I’ve absolutely loved them. It’s been a dream to create my own and they’ve certainly boosted my work lately. By turning my paintings into woven pieces they basically take on a new life and become this brand new piece. I’m excited to keep creating these and making them even better every time. With the recent murder or George Floyd at the hands of Minneapolis police, there has been an outburst for change and acknowledgement of police brutality towards Black communities. How do you feel about everything that has happened over the last week or so?

It’s been very surreal to say the least. For so long the Black community has had to deal with all this systematic oppression and hate that was denied by so many people. It’s now been thrust to the forefront and can’t be ignored anymore. It’s been such a relief to see how many allies there are across the globe too. A lot of people have stepped up to show where they stand and it’s been incredible to see.

As protests have risen across the country, we have seen shocking footage of the police’s often violent reactions. How do you feel about the state of the protests?

I feel the protests are going well in that they are achieving some goals, but it’s unfortunate that we live in a police state. Peaceful protests are met with extreme hostility for no reason other than to be silenced and pushed down. The protestors are not the ones rioting,but protestors get lumped in with them.Opportunistic parasites taking advantage of this situation to benefit their own agendas are the ones who are rioting and looting.

The protests and petitions have led to the arrest of the officers responsible for the murder of George Floyd among other things. So I believe in the power of protests, and I feel that this is just the beginning of the movement. 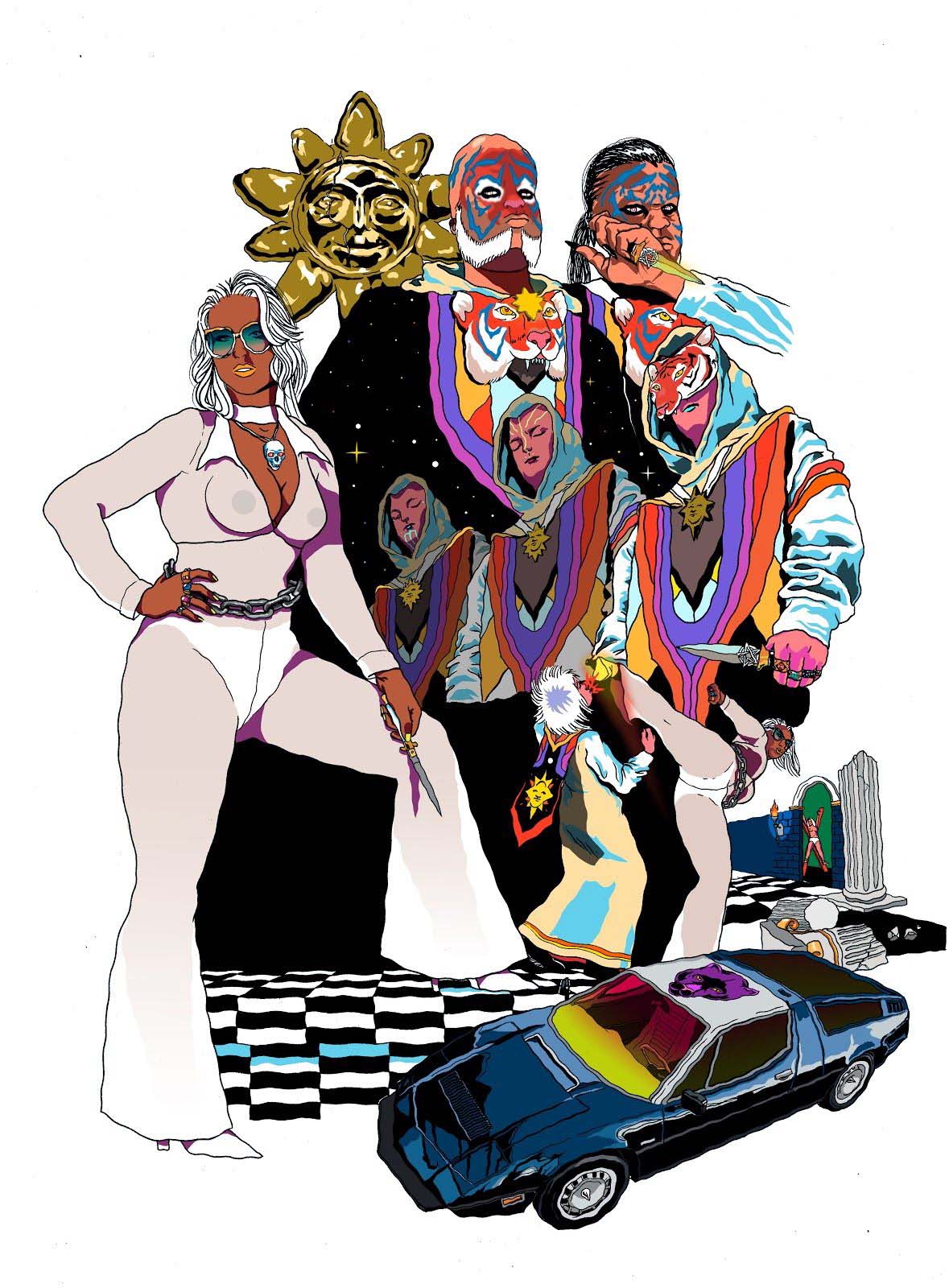 You are currently selling your works, with 100% of the profits going to different charities and funds (like the Community Justice Exchange and The National Bail Out). How did you come up with the idea? How have you seen the artist community react to the current situation?

I came up with the idea because I wanted to help out in the best way I could at the moment. Yeah the artists community has reacted in such a great way. It’s been awesome to see how many people are willing to contribute and offer their services in various ways. 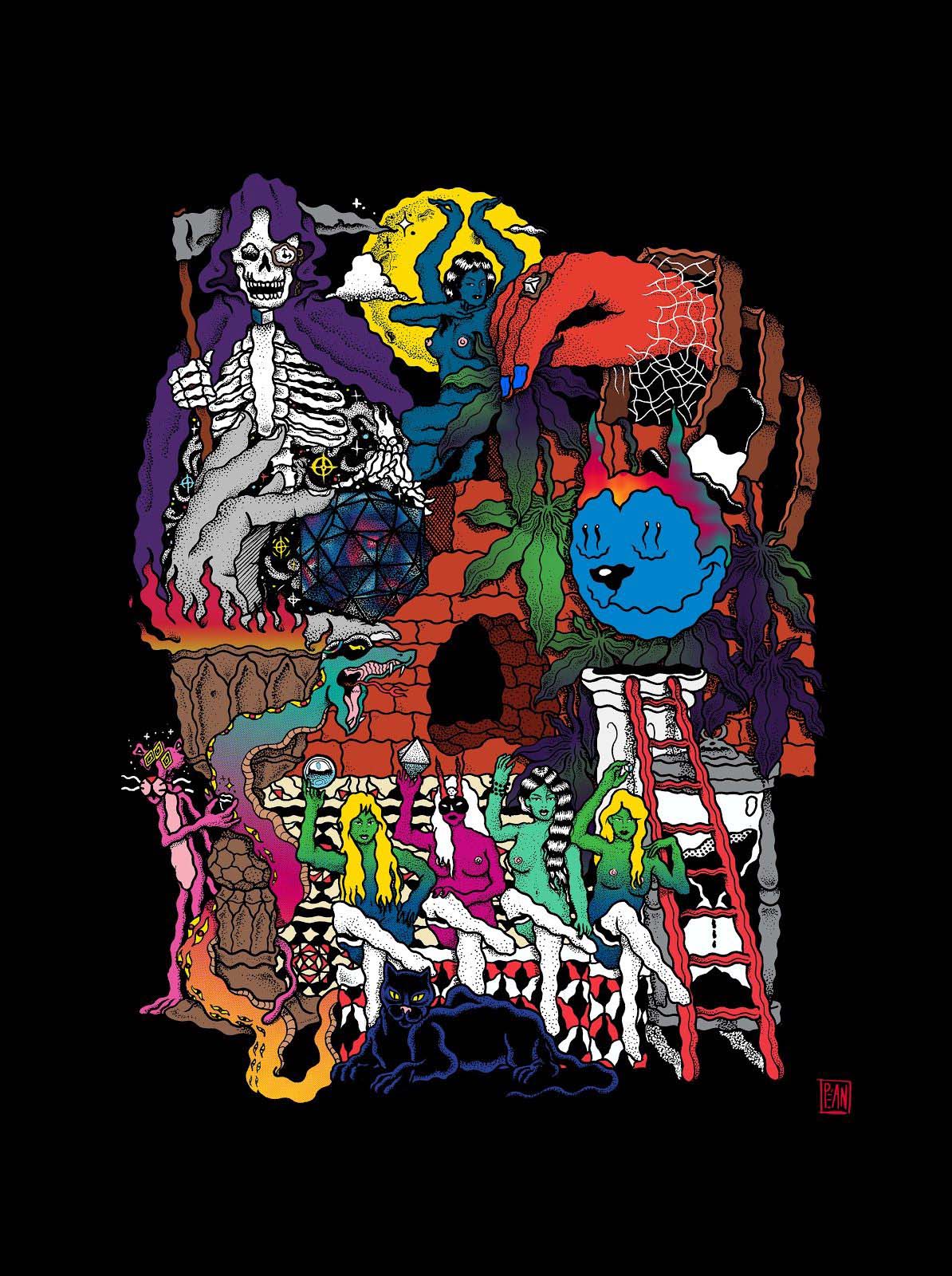 In what ways can Australians help and support?

Do you have any future projects or art plans coming up that you’d like to shout out?

I’m hoping to get an airbrush soon. Excited to be able to integrate that into my paintings.

Thanks again to Reggie for his answers and insights! Follow him at @frenchinald and find more of his works here. He will also be curating and showcasing pieces for sale, where the profits will be donated to various charities on his instagram account, so make sure to check it out!

Reggie has been kind enough to list a number of charities and funds that need your support. Any one of them are great organisations and need all the help they can get!

Listed below are also a few links to just a few organisations who could use your help in making accountable the discrimination shown against our indigenous communities, and make their voices heard. Please donate or help in any way you can!

Aboriginal Legal Service
After dispossession, new laws were imposed, and used to rule over our communities. We had no say in the laws that were created and the police and the courts have historically played a fundamental role in the oppression of Aboriginal peoples.

The ALS was founded as a response to this injustice, and in acknowledgement of the importance of Aboriginal people designing and delivering services to our own communities.

ANTaR
ANTaR has been working with Aboriginal and Torres Strait Islander organisations and leaders on rights and reconciliation issues since 1997. ANTaR is an independent, national network of organisations and individuals working in support of Justice, Rights and Respect for Aboriginal and Torres Strait Islander peoples in Australia. ANTaR is an independent non-government organisation and is non-party-political.

Blackfulla Bookclub
Created by Wiradjuri and Wailwan woman, Reid and Gumbaynggirr and Barkindji woman, Dutton, Blackfulla Bookclub is a page made to celebrate indengenous stories and voices. Check them out for resources and how to support artists and creators.

The good people over at Welcome to Country have also put together an amazing list of organisations, resources and charities that could also use your help. They have sorted each out into their own unique categories, so if you want to help or learn in more specific way, they got your covered. Listed are Children’s Ground , The Warriors of the Aboriginal Resistance , The Indigenous Literacy Foundation , and Angel Gowns Australia , just to name a few. Check it out here (special thanks to Joan for helping me out on this)!