One, two, Dante’s coming for you.

Shot in the ruins of an abandoned hotel during a recent tour of Sydney, New York rapper and designer Dante Knows’ new music video is the stuff of nightmares. As if Stephen King wrote Freddie Krueger into The Shining’s rap sequel, the clip has big ‘Overlook’ vibes and sees Dante Knows turning up in front of a giant devil’s head while echoing an ominous warning to never enter nightmare mode. “Knock on door, who goes there? If you enter here, you won’t get spared.”

When asked about the song, Dante alludes to Sydney’s lockout laws as part of its inspiration. “In Brooklyn, there is always something going. People head out in the dead of night, but in Sydney it’s different. During my trip, I noticed the lockout laws were making people feel alienated, like outsiders. The venues close early or they’re abandoned, and everyone is left looking at these seemingly inviting places from the outside. I got to thinking: what if once you enter, it’s not as it seems? What if everything is fucked up in there, in ruins, like a nightmare? Maybe it’s better to stay outside the box, give up on the dream.”

Underpinning Dante’s foreboding message, production comes courtesy of PG-13 with hair-raising distortion and basslines. Amidst the melee of menacing bars, Dante also finds a moment to rap about levelling up from Margiela to Rick Owens which is a good fit given that if you told me Rick Owens was one of the goons in the background of the clip I would believe you, no questions asked.

The expertly unsettling film clip was directed by Nelson Groom, shot by Drew English and produced by Sticky Fingers’ own Paddy Cornwall. Check it out in all its ghoulish glory below and keep scrolling for some BTS flicks: 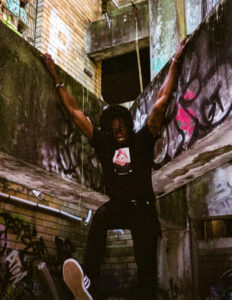 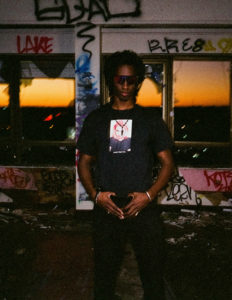 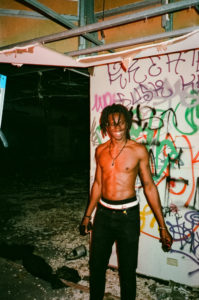